I wanted to make this post title more snappy but it would lose all sense. Like if I called it “Planuary January”*, haha.

I’ve become a planner. I’ve always been one but this January, it was Official.

Our meals. Setting the four-week plan wasn’t so hard. Even NPY was interested in providing input so his favourite meals would appear on a periodic basis. Here is some of the rationale I had to incorporate into the schedule:

Setting up the shopping list was a little more tedious but once I did, I’ve been reaping the rewards. In the left two columns with colour text, I’ve listed all the ingredients for each of five recipes, splitting them into Fresh ingredients I don’t keep extras of and “Check” items that are in the pantry or freezer. In the middle two columns, I consolidated the ingredients so it’s a shopping list and I’ll gray-out the items I don’t need this week. Throughout January, I struggled to sleep at regular hours and sometimes knowing that I have prep work to do was incentive to not nap with the kid at this bedtime. I noticed that NPY saw me doing prep work and was unconsciously appreciative that it means he gets freshly made Chinese food and thus pitched in and did dishes alongside of me doing prep.

My outfits. In January, I was back to work full time after around 18 months of a four-day work week. This was really more of an experiment to log outfits and figure out which are repeats but it’s not sensible to plan the weeks. 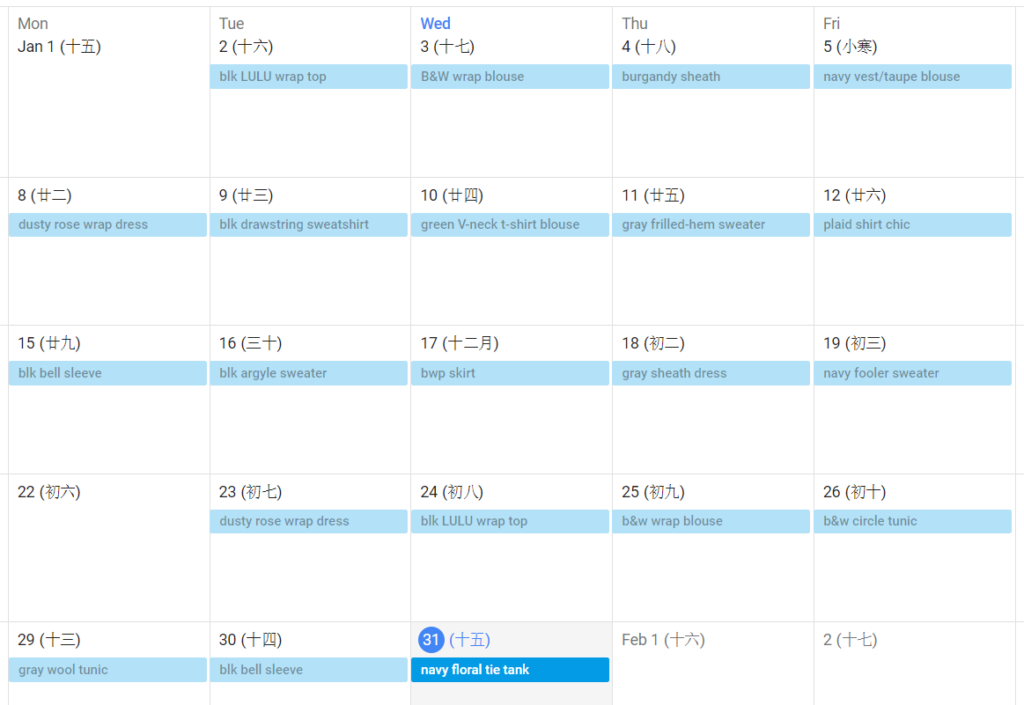 In the one-off where I do log an OOTD (Outfit Of The Day) for whatever reason – usually I wore something I want to remember, like for an event – I made notes like such: 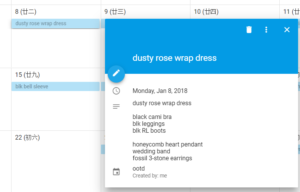 Childcare. January was a wonky month as I went back to full time from the second week onwards and E wasn’t in daycare up from two days a week to three. Also, the in-laws went on a three-week vacation after the second week. Between a few days at a back-up daycare, me and NPY taking a couple days off apiece, and the family rallying together taking days off here and there, we had E’s care completely covered. Go T Team! 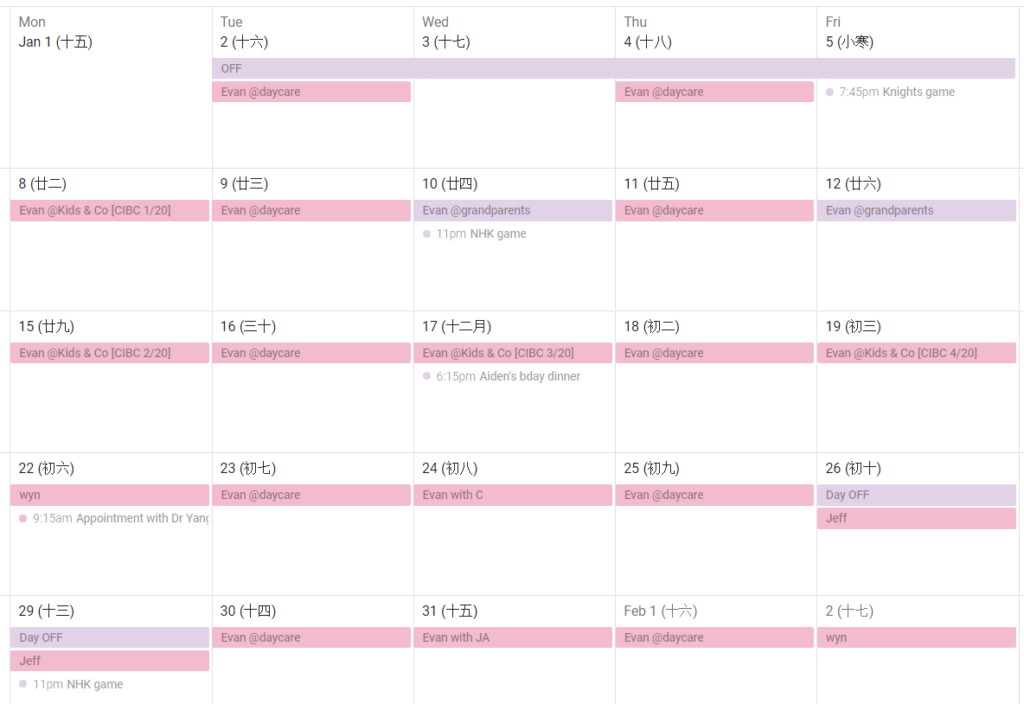 My workouts. I was doing this all along anyhow and detailed last December how I log my workouts.  Going back to work full-time certainly makes it easier for me to get more workouts in during the week while not losing lunch hours (read: opportunities to run errands). Alongside all of the things I was planning above, I sat down and roughly planned out the month of January and fine-tuned and logged what I actually did. 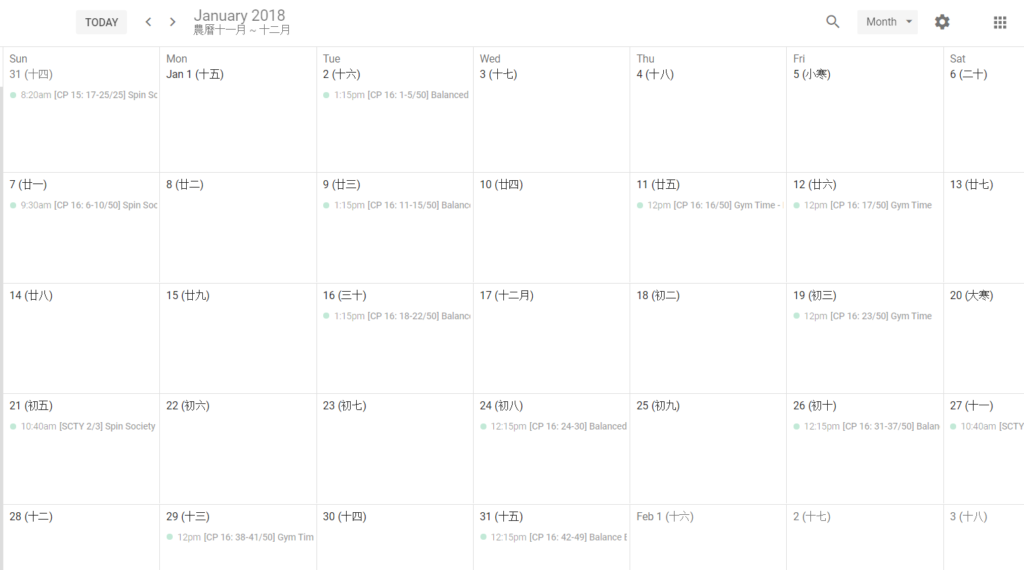 Starting in February, I’m abandoning the previous nomenclature which tallied my credits used to simply listing the credits a class is costing me. It means I won’t make errors as workout plans change and have a cascading effect on other calculations and I have to do more on-the-fly adding to figure out how many credits I’ve used so far in a month. The workout entries are cleaner when it’s just <credits> <class name>.

My workweek. I can’t provide a screenshot of this for obvious reasons. In January, I started in a new role where I have more set lunch hours because someone needs to cover for me when I’m out for lunch and meetings and I’ve assumed some other team schedule-setting responsibilities. So I’m setting a weekly schedule every Friday that allows for me to go to workouts the next week and have coverage when I’m at meetings. It’s still a bit of a headache to me and I stress that I made an error – it’s not a dealbreaker and I can quickly send an amendment but still!!