It’s kind of on my mind that I should/could sort-of train for an 8K and run in May. It’s largely because I saw the 2018 Vancouver Marathon design and I want some of it. Even the coarse rendering and display on gray t-shirts is nice. In practice, each race length will have a different colour and that colour isn’t yet revealed. (Boo. I’m in it for the colour, too.)

The typographical art! Is that a latte in the midst of this flatlay? How Vancouver is that?! That medal. I love art with maps on it!

But as the distances decrease, it’s not so interesting. But what if I joined a relay team? I’d have to pull my weight though… 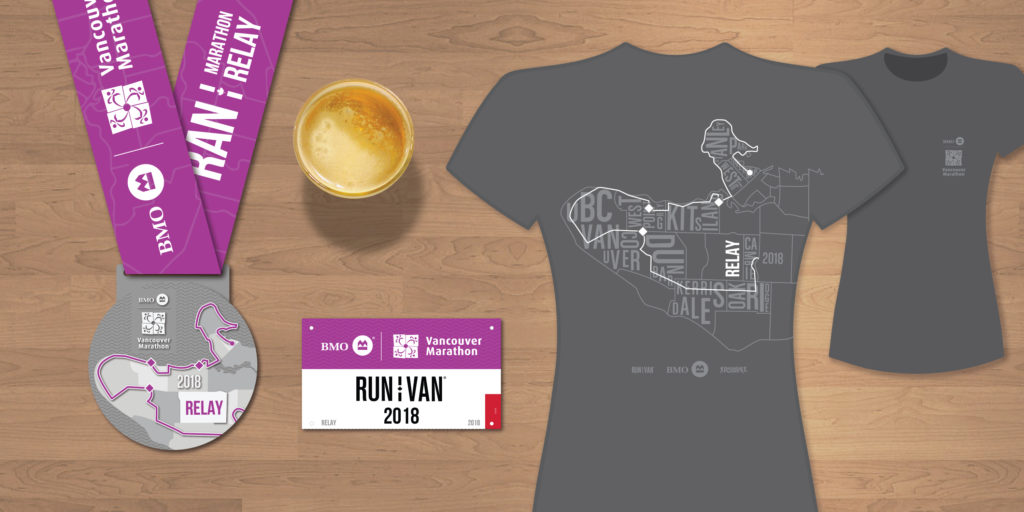 There was one race that really turned my head. I almost registered for it as many years ago I did do the Harry Rosen Spring Run-Off 8K….

But this is the Spring Run-Off race in Toronto! HAHA. 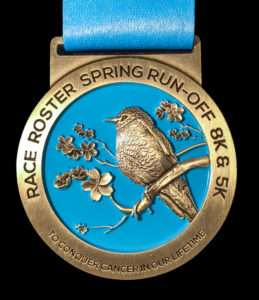 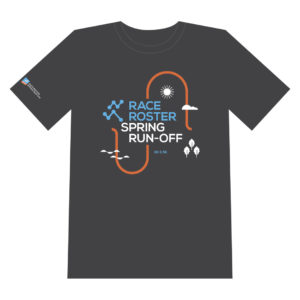 I hunted around for some kid races…

I thought the Sun Run was out because it was only a team event for kids but I missed the Shaw 2.5K Mini Sun Run. But 2.5K sounds awfully far for the kid’s first race… I kind of loathe the Sun Run and I know it will inevitably be in our future because it is a longer kid distance and school teams and so forth.

There is a kid run in the Vancouver Marathon that is also 2.5km and it’s restricted to 5-12 year olds so that is probably indicative of how old E should be before attempting that distance. The t-shirt design is not graphically design forward and just loud and colourful, HAHA.

So we’re registered for the 1K run of the Microsemi Science Fair Run at the end of May. It seems like forever from now but that means the weather will be good and I like supporting this organization. Plus, it’s a run that starts and ends practically at my doorstep so I was really remiss I didn’t know about it until it happened last year. Who knows what the t-shirt will look like but both E and I get one so we can be matchy-matchy. :-)

Same-day update: I registered to volunteer at the Vancouver Marathon. Why? Who knows? It’s just a two-day commitment and the volunteer pool for it is huge at 4,000. I just filled out a registration form online and received some information and PDFs by email. Because that is one thing I can volunteer is my time. Because I love the atmosphere of race expos and feel creepy dropping into one if I’m not a runner or somehow part of the event. Many years ago, I volunteered to cheer and direct on the streets. That’s not fun (for me). I’d LOVEto be part of the bike crew clearing the way for lead runners but either that is a different registration process or they got snapped up much earlier on!