When the kid was going on 2.5 years old in January, he hadn’t slept in his crib for nearly a year. Yeah, it was hard to fathom but was the case. Maybe we were a little ahead of the game but we got him a twin-to-king size bed, eschewing that toddler bed with the toddler mattress. (Useless!)

E’s room and decor before the transformation 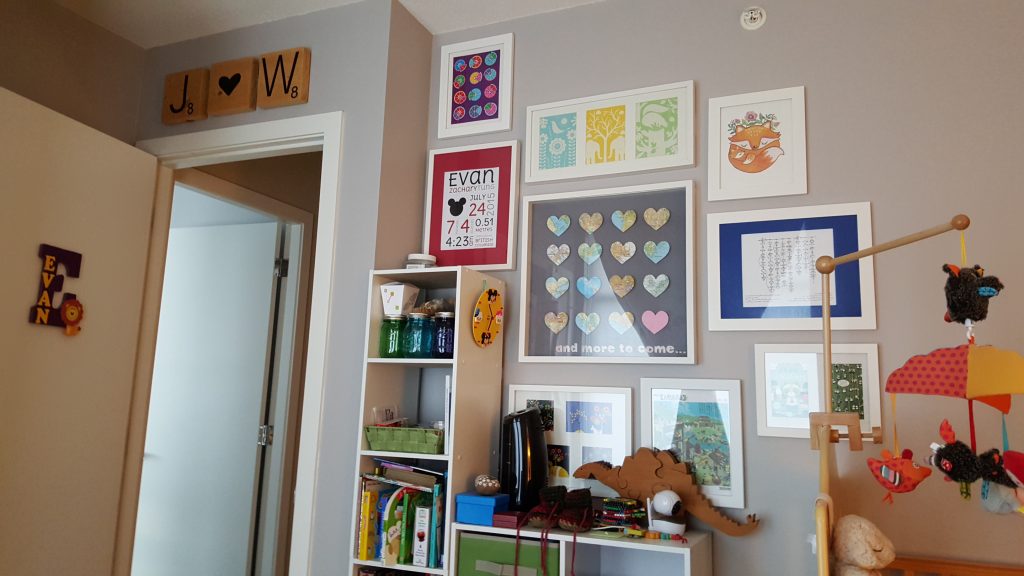 For a hot minute when the crib was removed, there was so much space, a brilliant little playroom. 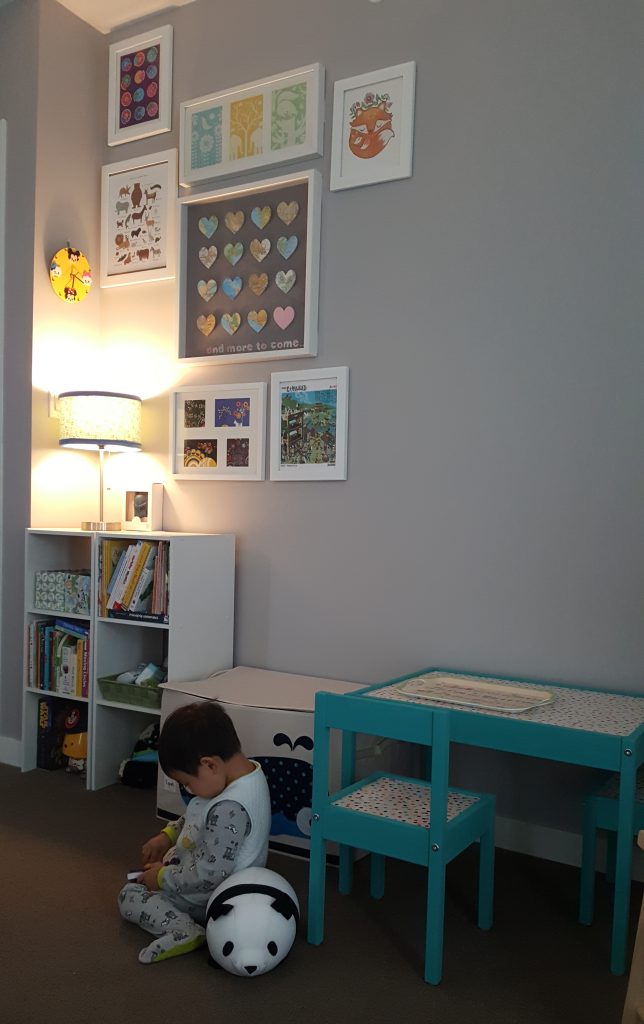 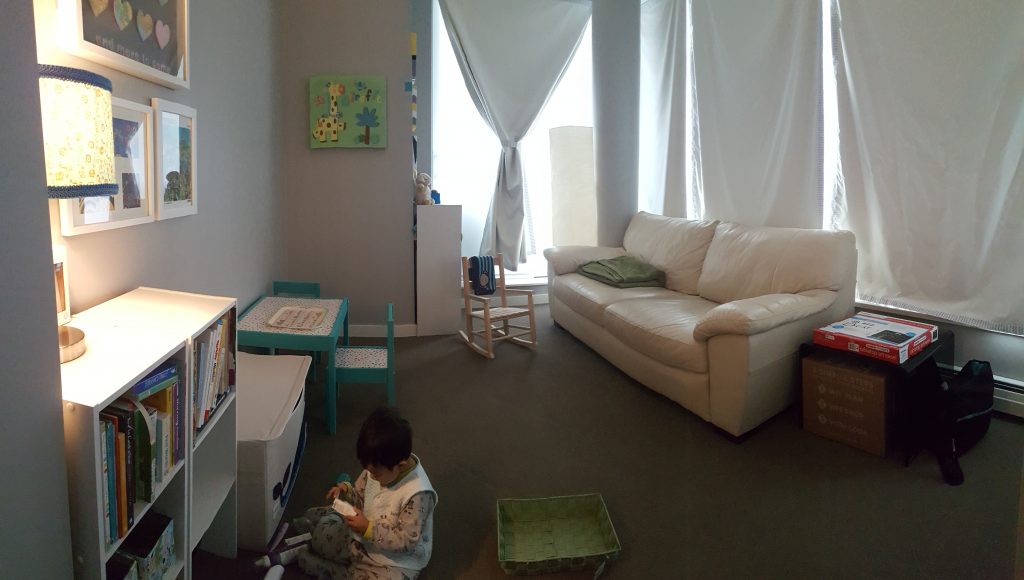 And then there was a bed again. I’ve loved the idea of a daybed for ages and that we before I knew they could all pull out – that twin beds became king-size beds! I’ve loved even more the look of Hemnes but for the sake of not feeling like we closed off the room, we got the metal frame Fyresdal instead. We are also using two 5″ foam Meistervik mattresses and a bamboo mattress protector through Amazon. 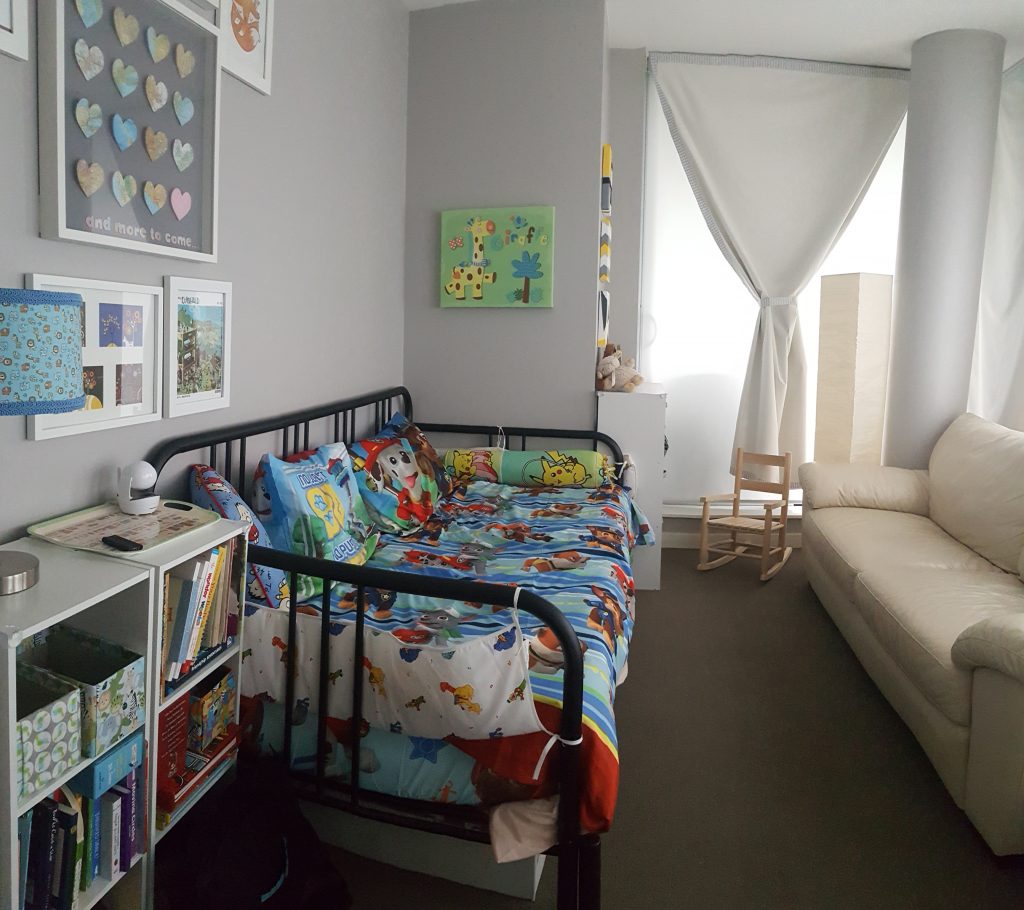 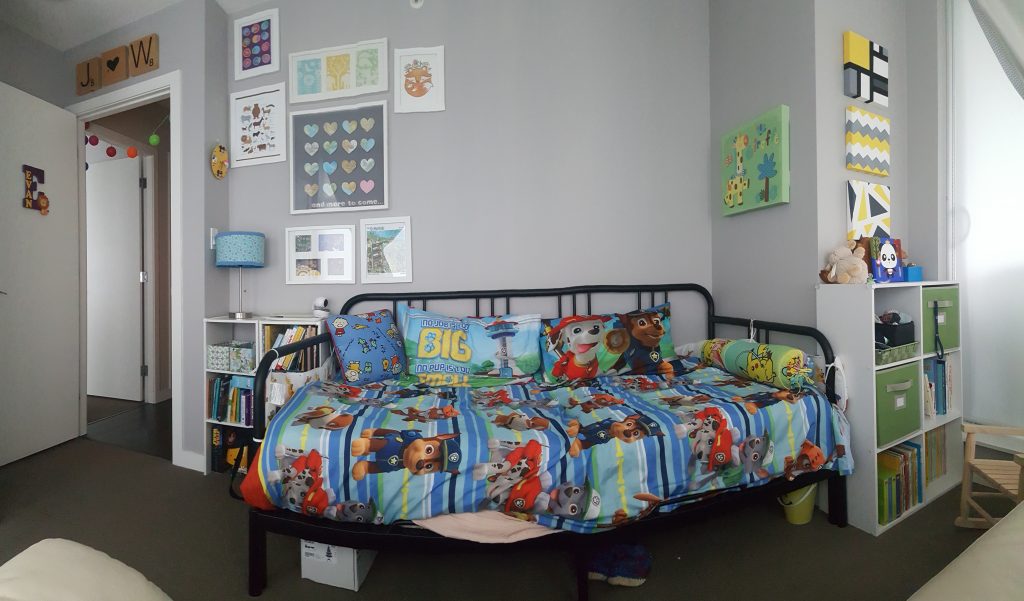 I listed my six-year-old lightly used Ikea Vreta couch on Craigslist a couple of times but no one serious turned up and I decided not to list it. I love the sofa so much and “validation” came during a visit to NPY’s relatives and I realized their casual living room (i.e., the one people spend time in) has two similarly styled couches!