She sees it and she buys it.

That would describe my knee-jerk reaction to see an email from Squish promoting their new, undoutably limited time offered Bon Voyage Jumbo Mix. There’s a Squish store in The Bay that is in the mall in the concourse of my office – score. I mean, the gorgeous bag has passport stamps and has the full rainbow of colours. The former is the way to my heart and the colours sealed the deal.

The flavours purport to cover the world and indeed the east and western hemispheres are covered. I don’t see the southern hemisphere represented though. It is a good “excuse” to try the Yuzu Mimosa (Korea) and Sake Sakura (Japan) I saw in another promo email. How on earth is the carrot-looking one inspired by India? The Bourbon Cubes (USA) and Negroni (Italy) show up in the Gentleman’s Mix that is promoted around Father’s Day. 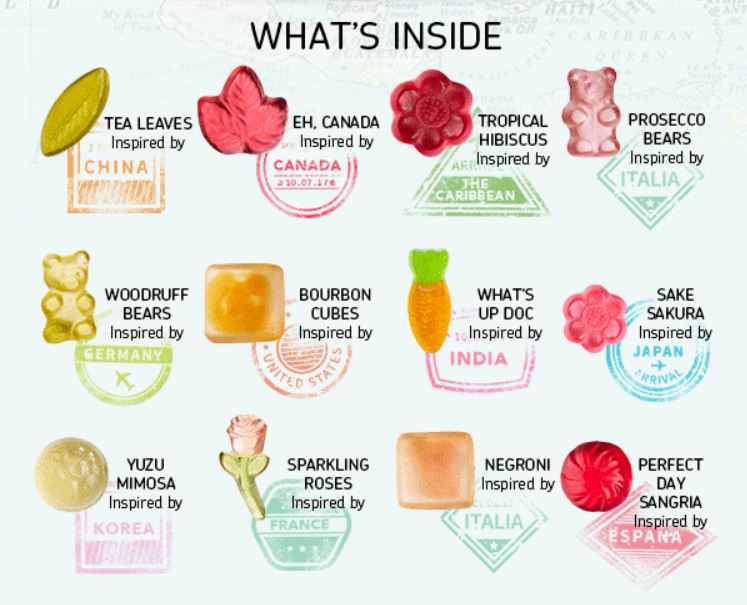 Purdy’s also  attempts to take you on a taste adventure with their Canadian Escapes gift box. Their copy asks, “How do you travel ‘round the whole of Canada in just a few moments?” Uhm, hold on here. There are just four flavours – how does that cover 10 provinces and at least five regions? It doesn’t.

Um, that just takes you from BC to Manitoba and I suppose that is just fair game after all of the times the west is left out. (Why can’t we all be fair??) It’s funny coming from a company based in Vancouver but also expanding rapidly to other parts of Canada. I guess the ultimate motivation is to bring western Canada to the east. 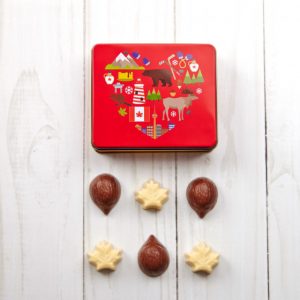