I checked back in my finances tracking spreadsheet and realized I purchased this plain pine kids rocking chair from Michael’s back in March 2017. I paid $37 (taxes in) and justified it against the $40 pricetag of the IKEA Sundvik that I could personalize it….

A few months ago, I brushed some blue paint on the back but didn’t continue. NPY thought I did not like the result and would not continue. Boy, did I show him!

Some part of me wanted to decoupage – a world map, naturally – but (1) I don’t know how to (2) it is probably super messy (3) seems like potential for a bad result that might stick to the user! Acrylic craft paint it was! And no varnish partly because I’m lazy and partly I don’t want to have to find a work space other than my living room. The other idea that burned fast in my head was a simple and cheerful rainbow pattern, like a rainbow Muskoka chair I must have seen at some point. 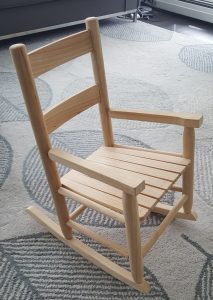 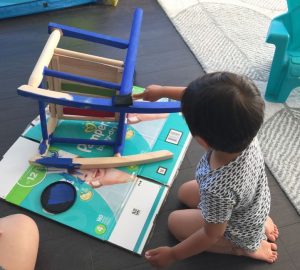 Notes on the process: 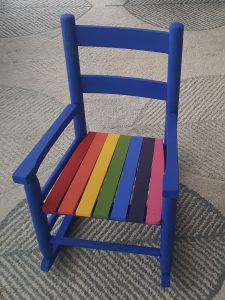 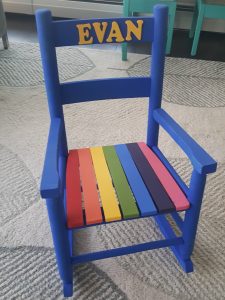