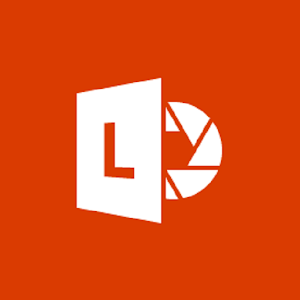 I was at a parenting seminar last year and while I took photos of some slides that just couldn’t be captured in the notes I was taking in Google Keep. A parent near me kept standing up to take photos of the slides and I could see on his screen these red borders pop up and flicker around and when he captured the image, instead of capturing the slide at an angle, it looked like he had photographed it straight on and only the slide (not the screen or rest of the wall) was captured.

What magical tool (app) is this? My phone battery was perilously low so I could only look it up later based on noting the red circular icon I could see from afar but Google knew what I was looking for: Microsoft’s Office Lens.

I’m such a fan. It’s a boon when you are digitizing documents and you know I’m hell-bent on that. The app’s camera isn’t the best and I characterize the images as stark looking and edit if required. It’s a great feeling – to me – when I download and app and find myself using it! And I’m such an advertiser of it, too, mentioning it to NPY as often as it crosses my mind. He’s so lazy though he’ll only install if I do it for him. And he won’t think of the instances to use it instead of his regular camera app.

And it’s pretty good for digitizing kid art – which the kid is also aware enough to know I do at times and it’s a compliment to him, such that he asks me if I have taken a picture. Evan drew this at daycare. He’s most interested in drawing trucks with tiny and numerous wheels or firetrucks with details like ladders and hoses. These days he’s adding details like steering wheel and a foot pedal. Most of the time he’ll draw an arm of leg but drawing the person is not important.

He was reluctant to write his name mostly but I think we’ve had a breakthrough. First, he wrote E, no problem, and pretty good stroke order. He’s even okay with writing N because I told him it’s two Is connected with a “whee” (slide). That’s not good stroke order and sometimes -half the time – it’s a backwards N.

Recently, I told him that V and A are a series of slides.

After he drew his truck, I suggested he write his name so we knows it’s his drawing. He said he only wanted to write an E. When he wrote the E atop the truck, I noted the firetruck was carrying an E and be was willing to write more letters across the truck. The V is a “down whee” followed by an “up whee”. The A he ended up writing right to left instead because it’s basically the opposite in whees and the N the thought for a second after drawing the two Is and picked the right direction!

While sometimes he wants to write letters big to fill the page, I want him to be able to control it and write smaller. Which he did this time. I’m so proud of him.

I don’t believe in grabbing his hand to guide him and he hasn’t needed it. He’s writing with his right hand but I wouldn’t be discouraging if he was left handed.

The following is from just five days earlier, where I didn’t have effective persuasion, stroke order all wrong too in addition to other things!

It bugs me how the paper is angled because I was trying to avoid casting a shadow standing directly overhead. My overriding thought is … I should have used Microsoft Office Lens!

An example of the scenario that got me using Microsoft Lens – I wanted to capture a sign but I wasn’t standing right in front of it and it was so wide I probably couldn’t capture it all with the camera and still standing on the sidewalk. Microsoft Lens was able to interpret the angle and reproduce the sign as if I were looking at it straight on. 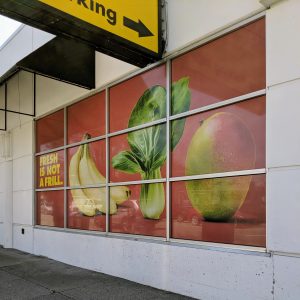 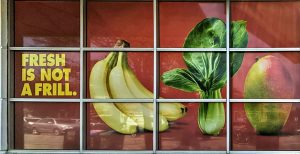