Four years ago, I was in constant discomfort due to pregnancy-related carpal tunnel syndrome (CTS). I don’t quite remember if it started as early as 20 weeks and lasted until the very end, starting with just one hand and then the other. That period coincided with my discovery of Perler crafts and when I did not want to – still do not want to – pay for a set of closet dividers, I came up with someone really unique – Perler plaques with the Super Mario-style mushroom head. Looking back, that was super-cute!

I created them up to about 18 or 24 months and a couple of years later, created the 2T-4T versions.

Oh, and you’d think it’d be hard grip tweezers with CTS and strictly speaking, I heard it’s not CTS, and not the kind of pain that prohibited me from using tweezers. I was making Perler crafts until the very end and even for a bit after E arrived! 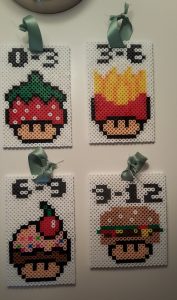 Another kid, another set of clothing dividers. I don’t have a full set of the Perler plaques because I started packing some away with E’s old clothes as “labels” so it was an opportunity to start fresh.

This time, I’m free of CTS but instead was afflicted with piriformis syndrome that is now symphysis pubis dysfunction – yay! I haven’t done Perler crafts in a while because I’m super lazy to break out the iron and my available colours are not so versatile. Further, I have not cute Perler ideas and making more coasters/figures is just clutter.

This time around, I considered traditional closet dividers, like those that look like a CD or door handle sign. On Etsy, I saw adorably cute jungle animals with the designer’s flair in cute details. But the really reproducible ones were the black and white verging on hipster designs (arrows, chevrons, mustaches, etc.). First, I created the door handle hanger style and wondered what I would affix the bond paper to – foam? Which I imagine would separate over time and curl, etc. Then, kind of out of the blue, I decided to go with a placard style folded over a few of the many kids’ clothes-sized hangers we have and hold it in place with invisible tape along the bottom and along the sides.

While I had to create my own chevron and “X”, the fancier shapes came from PowerPoint’s built-in Icon selection. 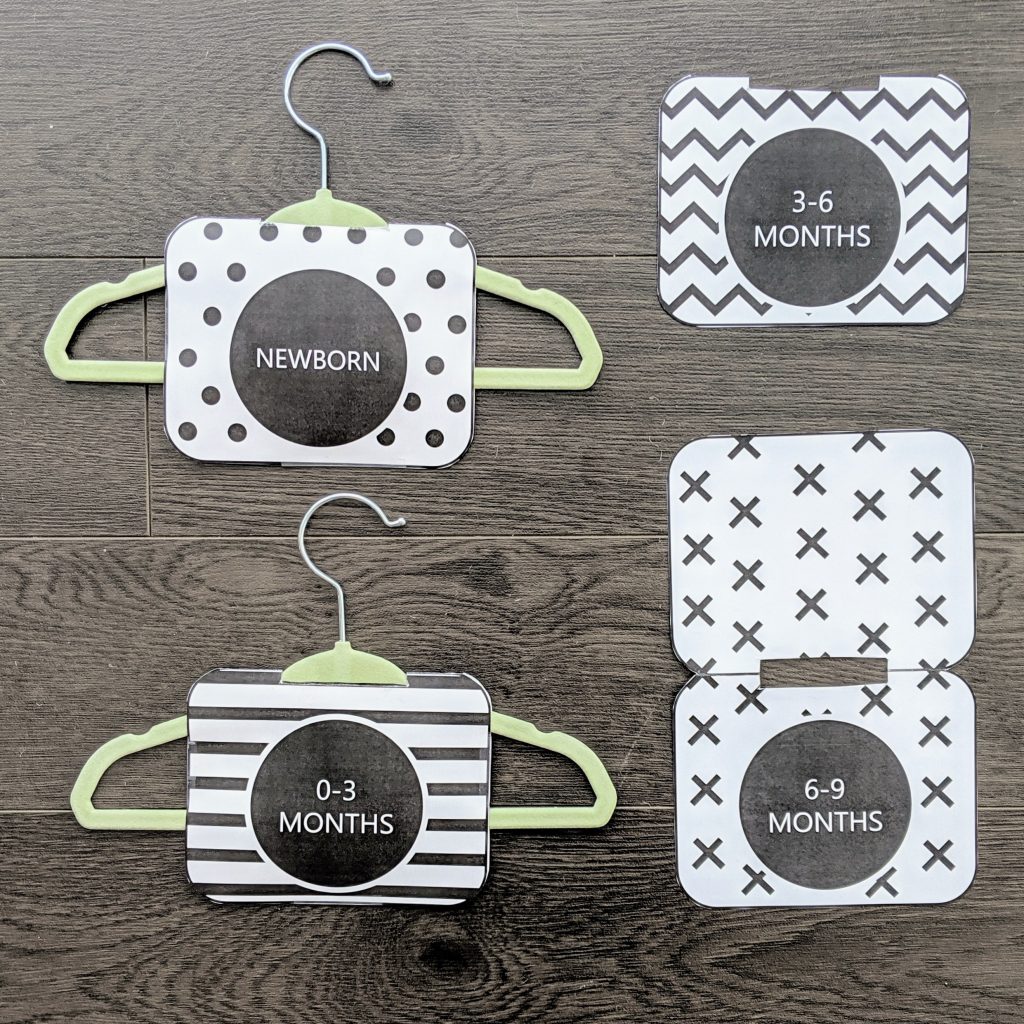