Boy, does it seem like a challenge to get simple alphabet blocks these days. I’d love to have my vintage set – unless it’s a fake memory that I had one – but it’s long gone, handed to family friends with kids or something. You can get real vintage sets from Etsy/Ebay but I don’t want to pay that price. You can get the vintage style everywhere from toy stores to the dollar stores and a confusing number of sellers on Amazon. But every last one has negative reviews of poor quality or materials. Melissa & Doug has the top hit but I don’t want such a generic set. Uncle Goose has a set but I find it too muted, too hipster in some veins. So what’s a girl to do?

Given kiddo knows his alphabet pretty much back and forth now, it almost seems like he doesn’t need a set. But that is also non-inspired NPY naysaying my projects. I don’t give a flying fig when I’m inspired! Kiddo himself said he wants a set recently – but he’s also at that age/stage where he tells me daily of some toy he’s seen or remembered that he wants us to get for him. And there’s another kiddo coming who can learn from the blocks. I just have to make extra sure that I’m constructing blocks that are safe and durable.

I looked around Etsy for design ideas – I refrain from using Pinterest because then it floods me with the same craft idea for weeks/months. And the practical steps were provided in a Mabey She Made It post.

To have 26 letters and 10 digits, I needed enough blocks to have 36 unique surfaces, i.e., at least six blocks. In the Mabey tutorial, she used seven blocks and I thought that was an arbitrary sounding number. I figured that if I left two blank faces on each block, I could make them across nine blocks. Incidentally, nine blocks stacked together makes a tidy 3×3  square. :)

I “wrote” out the whole alphabet and digits with a few different fonts and decided upon Broadway because it’s a somewhat unique but clean and modern font (i.e., no serifs). It was fun for me to create a mock-up of the blocks in PowerPoint after taking a photo of each scrapbook sheet that would be the background and using it as graphic fill, to move letters around so a few criteria could be fulfilled:

During a blissfully peaceful (i.e., solo) trip to Michael’s, I made my block and paper selection. There were blank 2″ and 1.5″ blocks but I only saw the price of the 2″ block and figured I could go with the chunkier block since I was making nine of them (and not, like, 26). The larger surface area would show more of the pretty scrapbook paper. Instead of getting a pad of scrapbook paper that is already color-coordinating, I opted to purchase 6 sheets of 12″ x 12″ scrapbook sheets where I got to pick patterns that spoke to me more and generally matched.

There was no way I was buying a Cricut for the letters. If I was going to glue letter outlines as in the tutorial, I was going to bust out the cuticle scissors for the detailed cutting, if I had to!

NPY said incredulously, “You’re still working on those?!” It didn’t take me a week to finish them. Besides waiting for daylight to trace more letters, I didn’t want to be inhaling Sharpie continuously and you need to give the blocks time to dry! 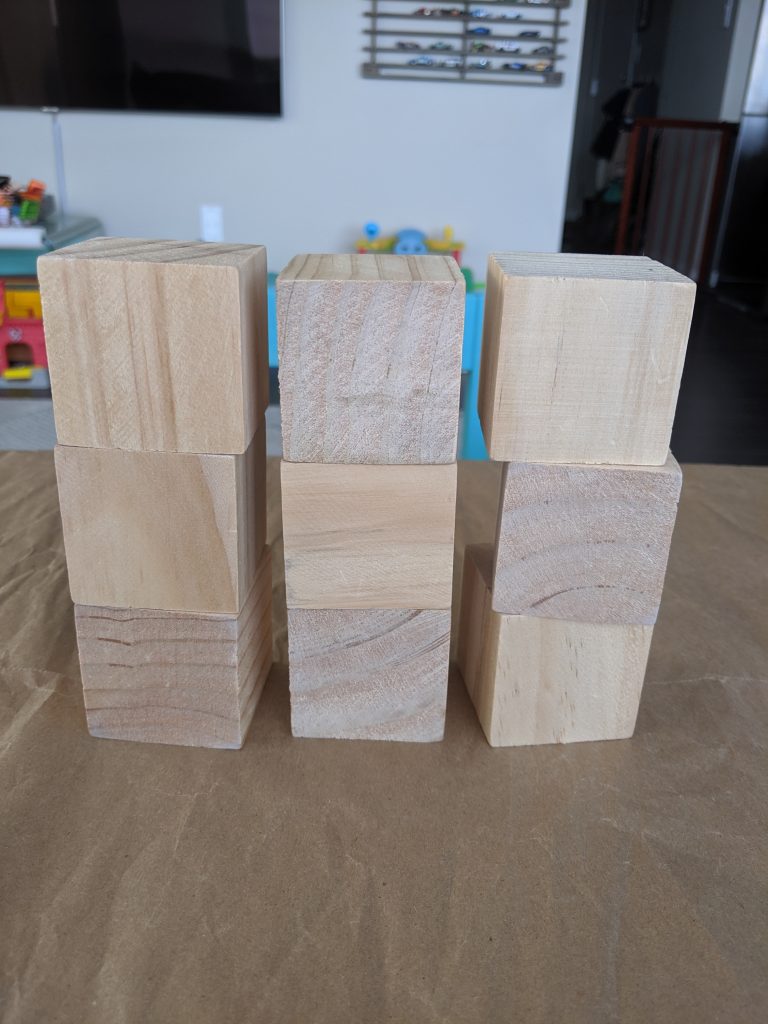 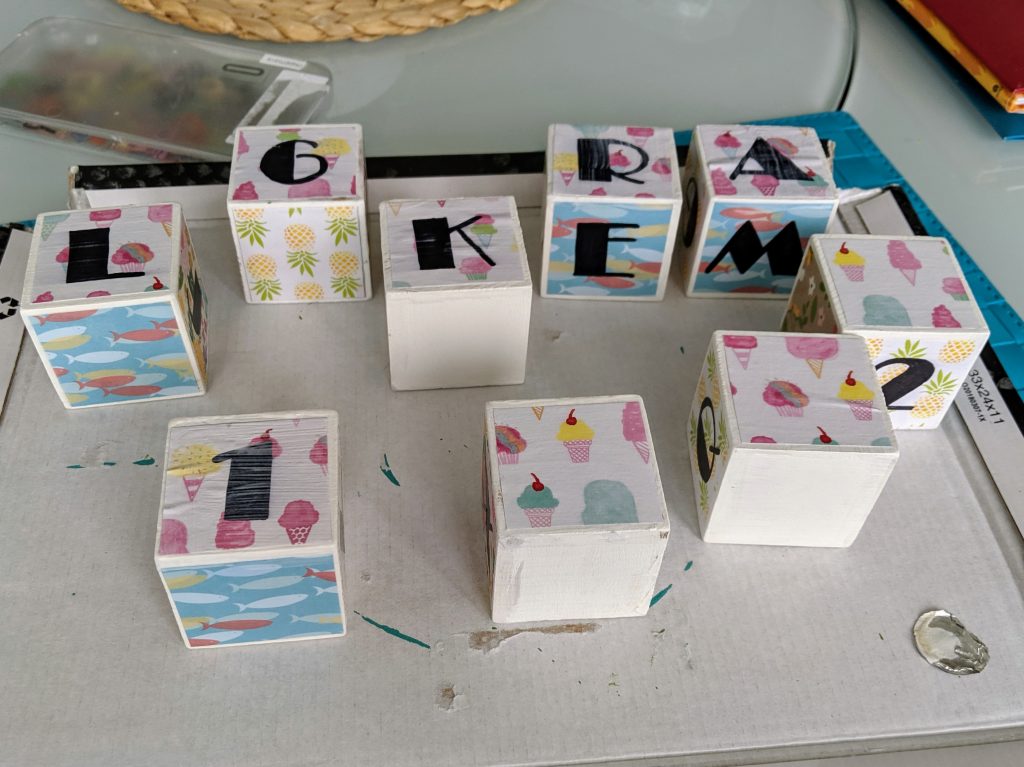 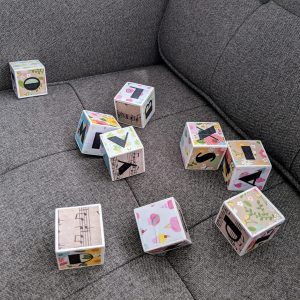 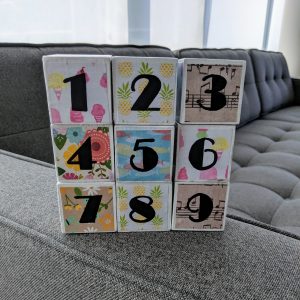 After having goofed up with one block, I was sure there was another error and I couldn’t get the numbers, or our names to work … but it did! 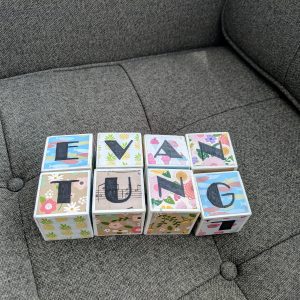 The fun part was when I asked kiddo to find his name and this is what he came up with: NAV9. =D 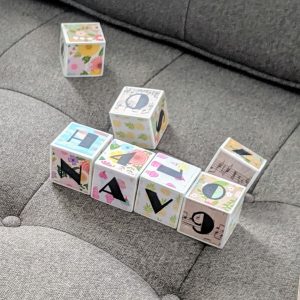