So we’ve got this really fresh nine-day-old baby around and life is … good! Better than I expected but it’s the shiny honeymoon phase where NPY is off and while we struggle a little with the new schedule and kiddo’s adjustment to things, NPY is around and off work. In another week, he’s back at work and kiddo is in daycare or grandparents on weekdays and that is the new normal for a bit. After I get the swing of how to be productive, I’ll get kiddo back one day (of the two) a week from grandparents and settle into that as the routine: I’m considering sending kiddo to daycare MWF, to grandparents on Tuesdays and keeping him on Thursdays. That’s the plan.

I had splendid plans to enjoy these two weeks while NPY is off with some shopping – not for clothes for me, obviously – and going out to eat but then he comes back to me and says that for the first two months, baby shouldn’t go anywhere because of germs. I thought MIL said something to him but it turns out he was reading on the Internet. And while I don’t disagree – was reminded by Dr. Phlox from Star Trek: Enterprise, of all places, of the persistence of the cold virus – I also SMH and sigh: oh, the scientifically illerate with their “germs” and “chemicals” fear. However, it’s also NPY’s role to reign me in. I get too ambitious often.

Thusly, he couldn’t argue with going to an outoor outlet mall as it’s not an indoor mall and while we were there, we couldn’t eat inside the congee & noodle restaurant he would prefer above all else and instead ate tacos and Japadog al fresco. The outdoor dining part was brilliant but the food was as blah as if we had congee & noodle. And I know NPY enjoys time at a mall that isn’t driven by kiddo. Maybe he will relent and we’ll be at Metrotown (an indoor mall) before his vacation is up because clearance sales at the outlets meant his size was often gone and most of the stores are too high-end/formal for his liking so he left empty-handed.

Meanwhile, I shopped, if just for accessories and shoes because new baby. I’d like to find sandals for summer with full toe coverage and a small heel but I’m perfectly okay without. While NPY went into Lacoste, I went to a happy space that is Kate Spade next door. The idea of replacing my trusty-but-dingy magic wallet (it is actually called that) that I purchased eons ago from J. Crew (Factory, I’m sure). 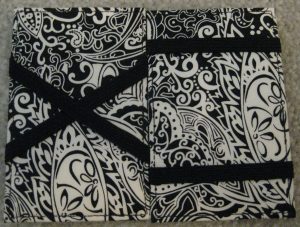 Oh, outlet stores prices are just funny and need to be taken with a large grain of salt. I found the cute L-zip card holder style below in Cameron Breezy Floral pattern that in addition to the zipper compartment, as one flat slot and four card slots in the back. Not magical but just as useful – a good upgrade. The outlet price was Cdn $119 (US$89) and I put it down because, um … ! Wallet pricing is also funny – the full size wallets that traditionally could hold a checkbook (and now holds your numerous loyalty cards and payment cards) aren’t that expensive compared to the $119 price tag for a card holder. It doesn’t scale at all like you’d think. Fortunately, elsewhere in the store, I saw these card holders and the discount of 60% with a further 20% and now the price is accessible. 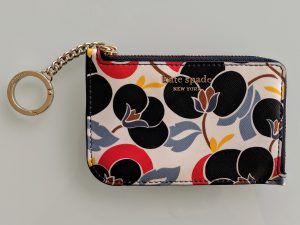 Surprisingly – but not really – I had lots of luck in the accessories section. The items all had their outlet prices marked but are always marked down at least 40% as it was yesterday. Such prettiness and I wanted to toe the line between too whimsical and girly (e.g., owl or cat or crab earrings) and too glam (e.g., pave, too-bling bangle).

While perusing the accessories, the realization hit me that in some sense, I’ve arrived at a new phase. Sure, we’ll have our very inelegant moments and challenges dealing with the new one and figuring out solutions for the new family, but something that hung over me discreetly for a couple of years and then more obviously for the past couple of years is now removed. The expectation that we would have another kid and then actually housing a fetus meant a certain understanding that my body wasn’t quite mine until now it finally is again (except for that breastfeeding thing). Finally! It’s a joyous feeling.

NPY paid for my selections at Kate Spade which included the following jewelry and since we can’t (and don’t want to) call it a “push gift”, I’m treating it as a “You Did It” Gift – grew a fetus to full-size who passed the blood glucose tests and is perfectly normal, and well on my way to another speedy recovery from major surgery. Go me.

Because outlet offerings aren’t reliably listed on the website (not even if there is an outlet site), then I’m keeping note of these models for posterity.

On top left, Full Circle style cubic zirconia earrings that debuted June 12, 2018 (or December 6, 2018) with outlet price of Cdn $44 (US $38). I have a drop version of these earrings that are real (smaller!) diamonds my mother gave me but these are good for everyday use!
At top right, Kate Spade Earrings style blingy studs in “pink” (the tag says Light Peach). It’s my nod to having a girl and also the other options are the usual clear “diamond” look or black or navy and they didn’t reflect light nicely at all. Outlet price of Cdn $38 (US $32) and debuted August 12, 2018 (or December 8, 2018).
On the bottom, Lady Marmalade style bangle – I’ve been on alert to getting a bangle (or two!) since discovering the classic beauty of the Tiffany bangle so this one is a starter and a pretty one to boot! Debuted on June 12, 2018 (or December 6, 2018), the outlet price is Cdn $88 (US $78). 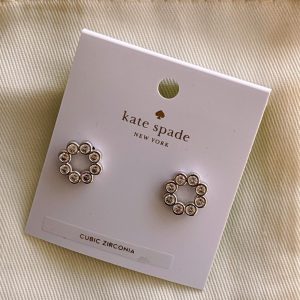 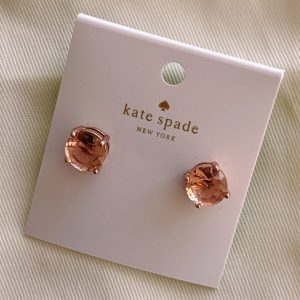 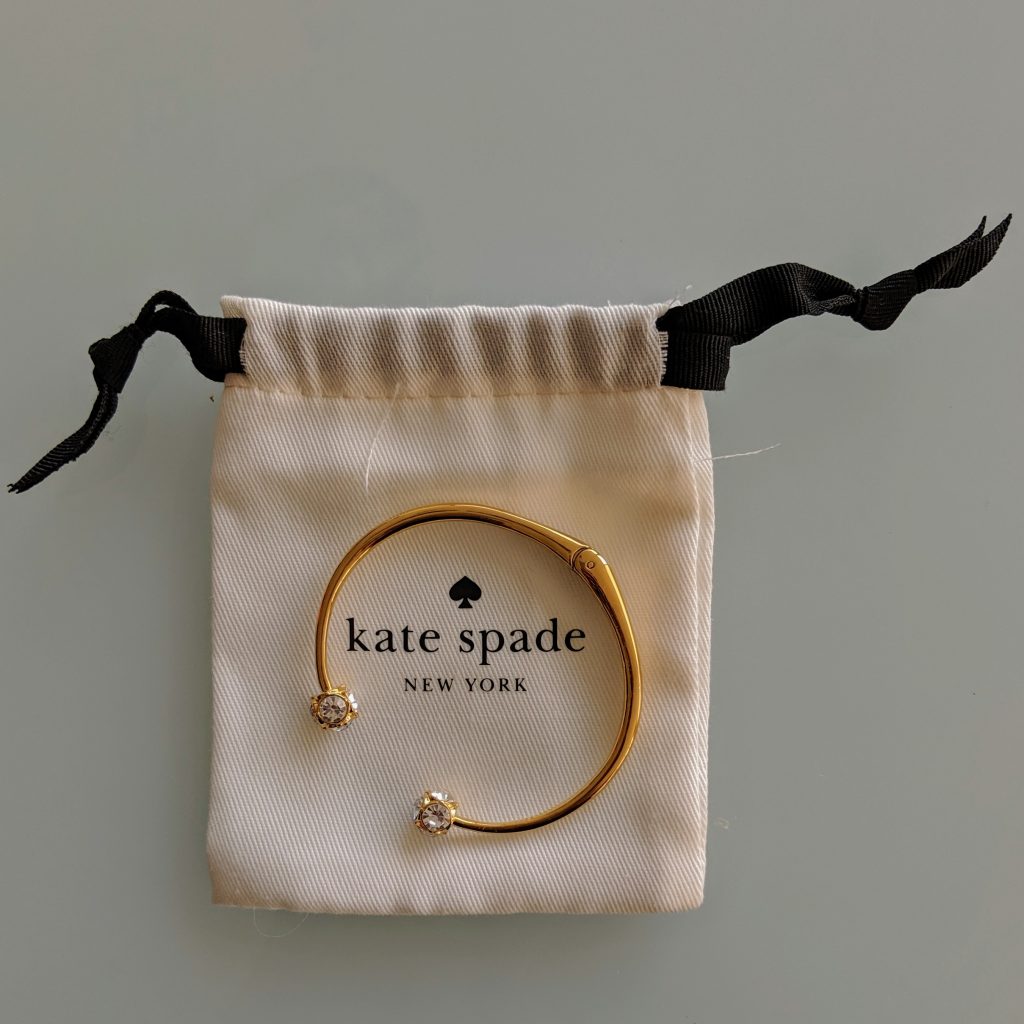 Finally, I was in Tommy Hilfiger where thankfully the wrap tank top I saw that is way too colourful for me to pull off but it caught my eye, I didn’t see it other than on a mannequin. In my final weeks at work, I was shopping often at Joe Fresh. By that, I mean I shopped twice and picked up four pieces keeping in mind the requirement of being nursing friendly. A few months earlier, I made a big order at H&M as their maternity items are only available online. It was good to see similar pieces – similar enough? – at Tommy Hilfiger to validate my purchases LOL. 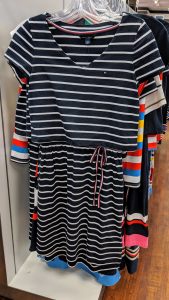 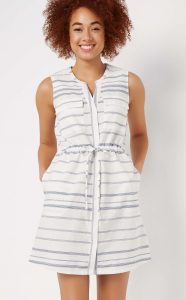