All I went into Saje in Pacific Centre for was to see the Saje x Poosh diffuser set in person and feel smug that I didn’t fall for the marketing campaign.

Then I noticed the numerous sleep blends and my head exploded a little. What do I want the most? To achieve a Dream State? Peaceful Slumber? Just a plain Good Night? Maybe to be considerate and Snore No More on top of it all? Further, there is Aroma Fairy that I already have to use on kiddo. And when I read the top three essential oils in each blend, my head exploded again. Several had lavender, marjoram, chamomile and Roman chamomile – which effects do I want the most?? Is there a Super Blend for Sleep, or one that has a different combination of three or four oils that exactly suits what I want?

So when I was a back in my “co-working space” – Urban Fare – and powered by some mango Bucha Brew, I started sketching out the relationship between the blends, knowing that a Venn diagram would capture it all. But how to create the five-way Venn diagram digitally? I found myself Googling, “square Venn diagram”, and labeling how many sets overlap where you have a mixture of set colours. 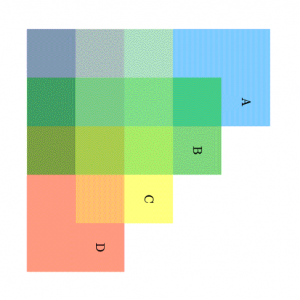 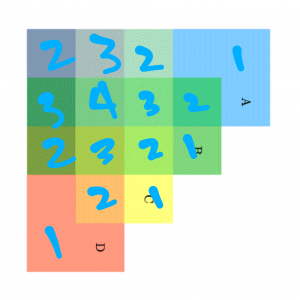 So I just started plunking down blend ingredients according to the mark-up and tried not to get confused. The sample I downloaded was only for four sets whereas I had five blends to plot. At least I had a draft to work on re-arranging. 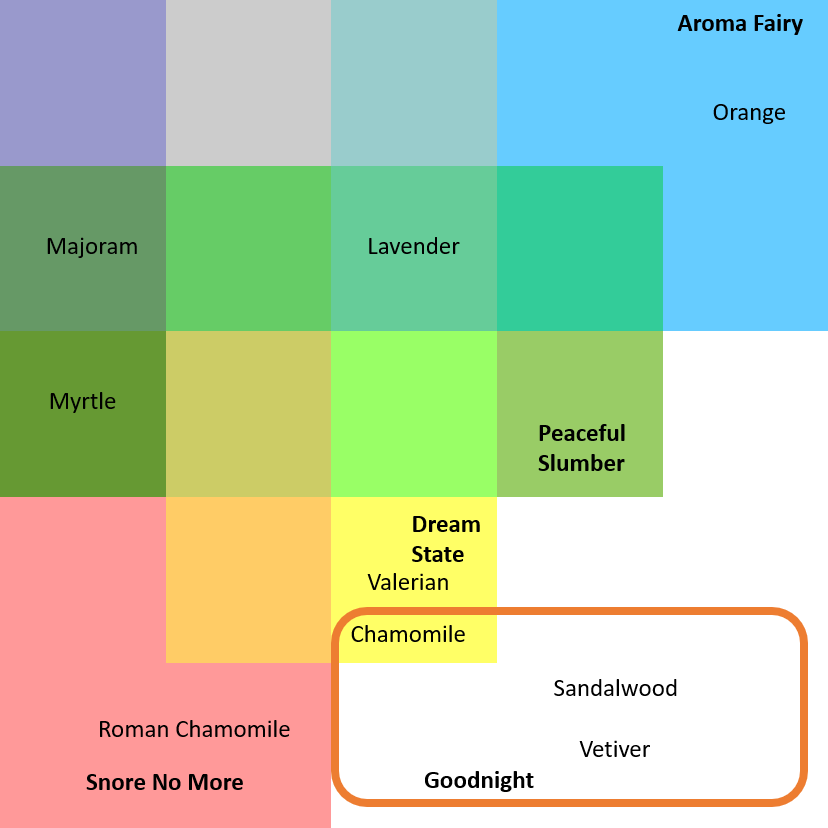 I converted from the rectangular staircase Venn diagram to more a more traditional look and collapsed the whitespace, figuring its a bit of a design exercise. Gotta keep the mind sharp(ish) while I’m off work on mat leave for so long! 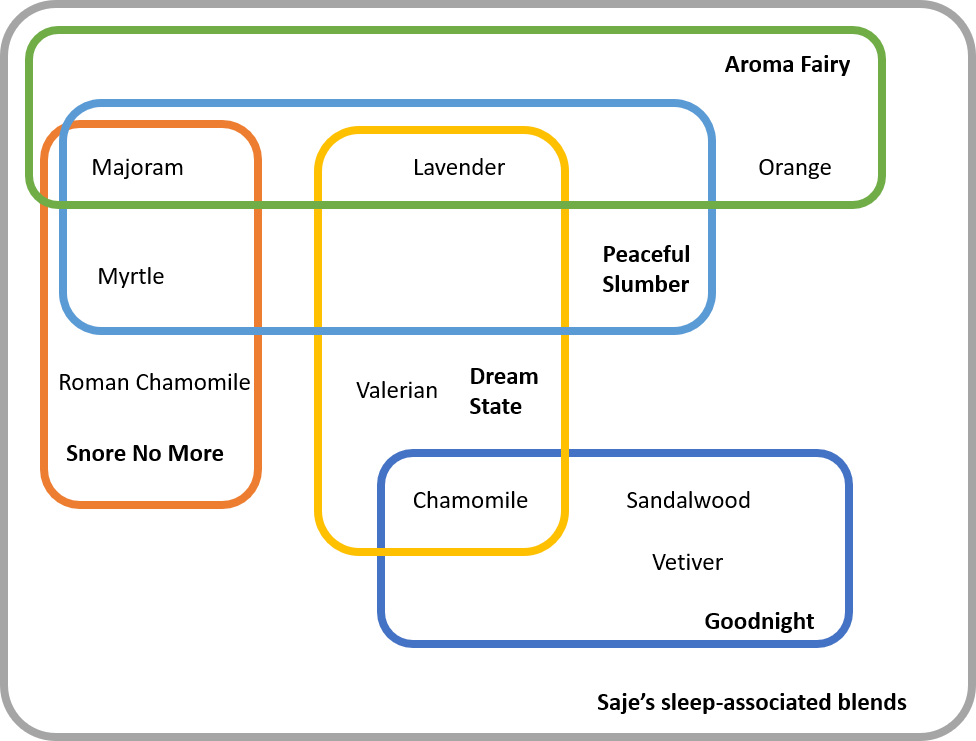 The ingredients that appear in the blends in decreasing frequency, and their effects are listed below:

I think, thus, my Super Sleep Blend would be something like lavender, majoram, and chamomile*.