It started with the TTC Challenge, a Canada Running Series event, that I registered for the morning registration opened on November 2 because (1) subway systems (2) minimalist design race swag. I didn’t grab a screen shot of the t-shirt so I’ll just update this post when I get it.

Basically, the virtual challenge is to run the distance of the Toronto subway system (TTC) which consistes of Yonge-University Line 1 (38 stations / 38.4 km), Bloor-Danforth Line 2 (31 stations / 26.2 km), Scarborough Line 3 (6 stations / 6.4 km) and Sheppard Line 4 (5 stations / 5.5 km). I figured that I can run on Mondays, Wednesdays, and Fridays when both kids are in school/daycare and three weeks in, it’s been working out. I’ve finished Line 1 and I think I have the momentum to complete the rest of the challenge on foot. The FAQ only refers to running or walking the distance over the 31 days between November 16 and December 16 of the challenge.

Then, at the halfway date, I “unlocked a bonus line” which is the 19-km Eglinton Line 5. Um, no thanks.

By the way, Line 2 is a marathon distance!

And because I get ahead of myself … it was on Black Friday that I saw an Instagram ad from The Conqueror Virtual Challenges showing their Mount Fuji medal and announcing a Black Friday special pricing and I was intrigued, itching to register even though it was the halfway date of the current challenge (and I’m not half the distance). The Mount Fuji Challenge is another 70-something km challenge. 74 km, to be exact. My “connection” is that once a upon a time I have visited Mount Fuji before. Yeah, I just fell hard for the design. 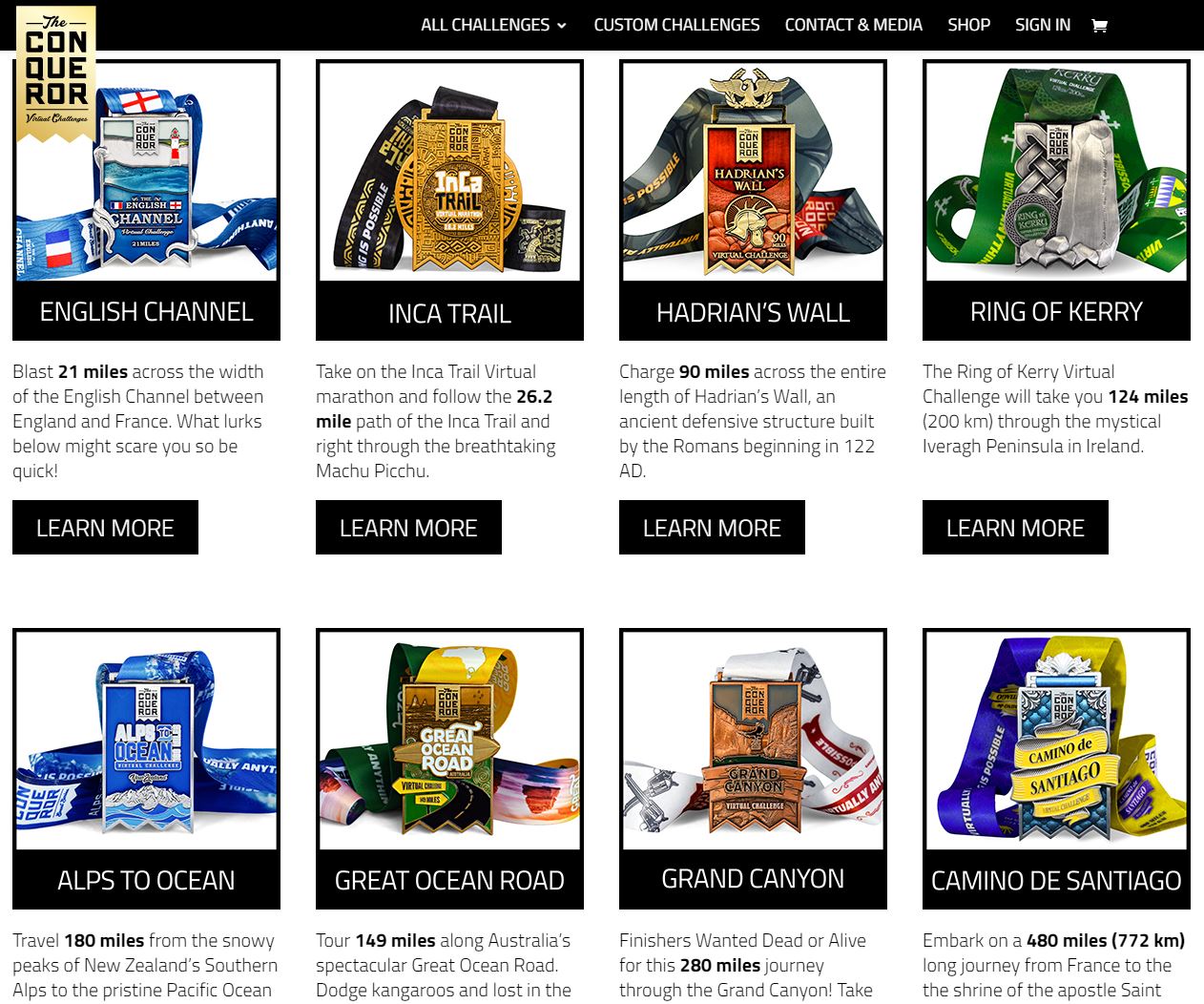 It seems to be a British-based organization based on the routes they have designed and displaying the registration cost in British pounds. But one particular race jumped out at me and I do have a strong and legitimate connection to it: The Cabot Trail. 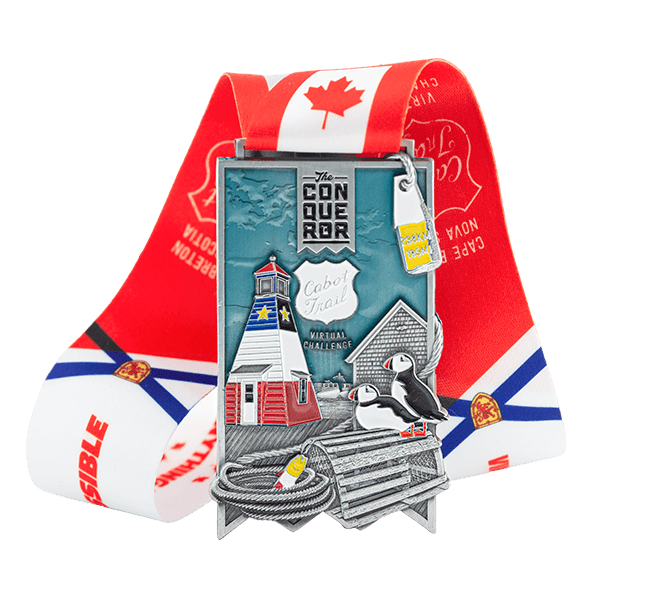 The Cabot Trail is in my backyard yet I never (knowingly) traveled on it. It’s an 185-mile (297-km) challenge so thankfully I have 18 months to complete it. While I might run most of the Mount Fuji challenge – only fair since I think that is a vertical challenge were it not virtual – I might log bike rides towards the Cabot Trail since I would NEVER in my RIGHT MIND run or hike the Cabot Trail anyhow.

So, I purchased the Mount Fuji Entry + Medal + Apparel and when I saw the Cabot Trail, I wanted the more subdued, more meaningful Cabot Trail apparel instead and I thought I’d have to email someone to get my registration sorted. I didn’t want to buy two apparel because it costs USD$30 a piece. No problem – from the Mount Fuji registration, I was given a code to purchase apparel and so I can buy the Cabot Trail gear.

Less than a day later, another virtual challenge organization – I forget its name because I didn’t look into it – also presented me with an Instagram ad. Haha, too late, Conqueror has got me first!

In other virtual challenge news, I completed the Shopper Drug Mart Run for Women 5K as a run back in September.