I’m not sure how the IG algorithms found me. I wasn’t seeking out new virtual challenges to register for and merely exploring those that are listed in the Canada Running Series newsletter, i.e., the usual races but virtual edition. IG being so visual and it was the Mount Fuji medal I saw back then and I signed up. Naturally, now that they had my info, I was presented with more Conqueror ads until I just now follow them on IG!

To start, Mount Fuji has meaning to me. I was there, possibly at the summit, via bus tour in one of the summers of 1985 and 1989 (I think it was 1985) and one of my souvenirs that made it the longest was a set of mini postcards/cardstock with images. If it was 1985, it was the first year we were visiting Hong Kong and since it was cheaper, we had a layover in Tokyo.

I got started on the challenge picking away at the 74 km by walking. The earlier version of the Conqueror app was not awesome but it was upgraded and pretty slick. The goal is to have my Progress outpace Time Elapsed (I gave myself six month). During Kiddo’s weekly one hour of soccer, Edna and I were happy to get steps in and I picked off 9.5 km on my birthday day off. But eventually I started adding my cycling distance and not using the conversion which makes something like 10 km of cycling worth only 1 km of walking. Thus our usual bike ride to Granville Island (not at all strenuous, I admit) that is 5 km is only worth 500 m!

The postcards I “collected” are below but best of all, five (5) trees were planted for my efforts, one for each 20% of the distance. I feel bad that when doing a 300-km challenge over the 18 months (crossed fingers) it will take me only five trees will be planted for that too! 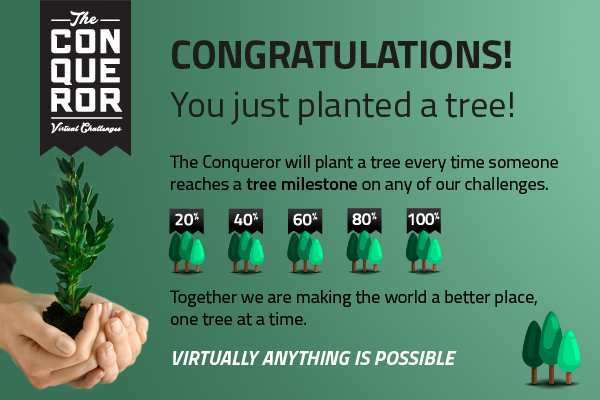 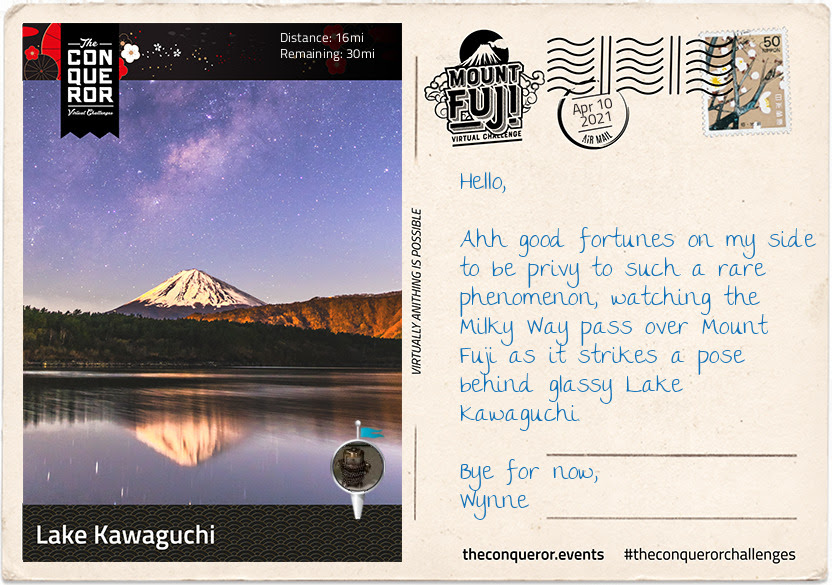 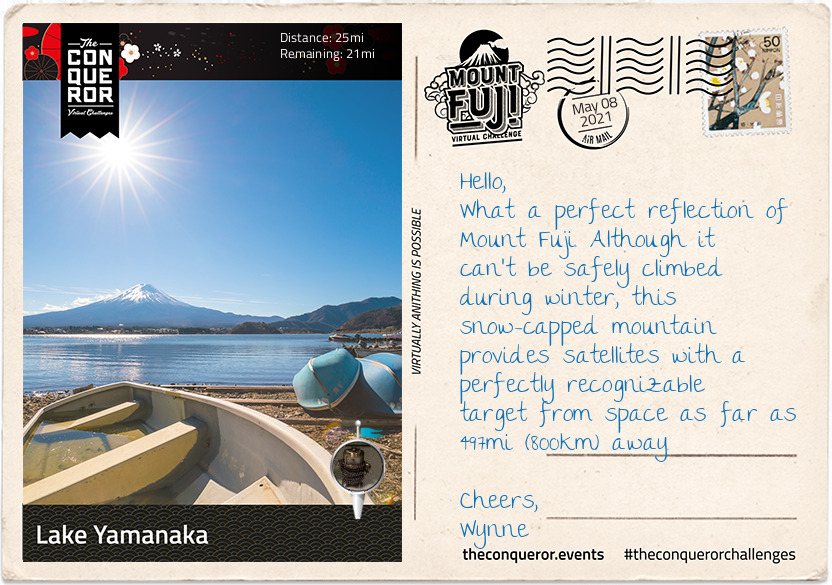 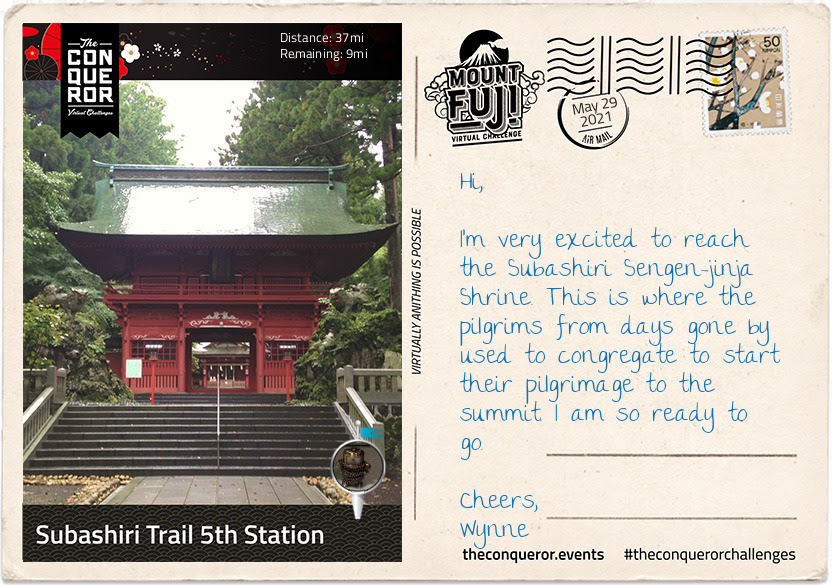 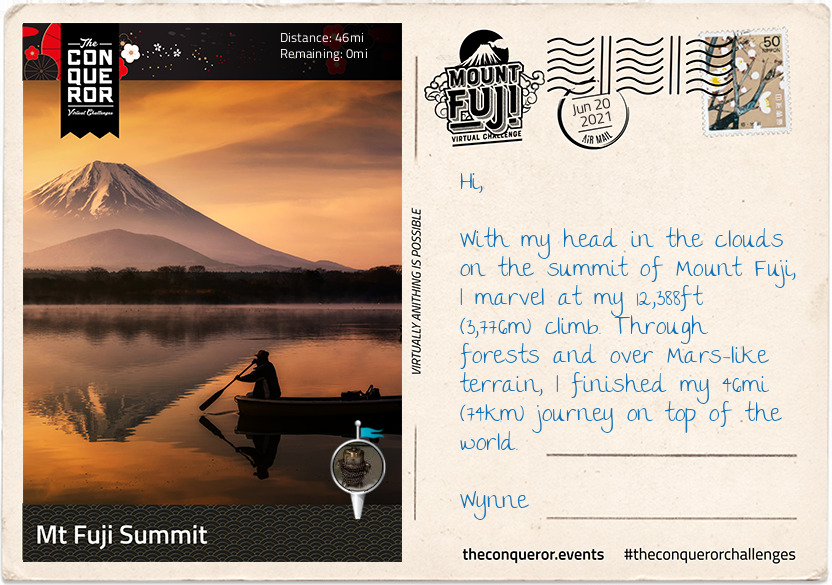 The question now is, “How do I display these gorgeous medals (in an economical and elegant) fashion?”