Presented without too much comment other than who we went with and some thoughts on the occasion. 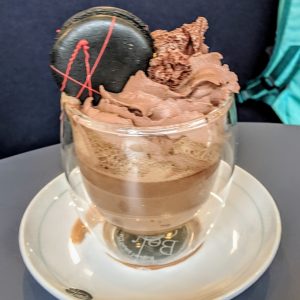 #11 – MOUNT DOOM
Consists of 70% Valrhona Guanaja dark chocolate, guajillo chili, dark chocolate whip, aerated chocolate and volcanic black salt.
Served with a black macaron.
It was the day after festival kick-off date and we were in between a skating lesson at Trout Lake and birthday party back near our place. Kiddo ate the whole macaron but didn’t like the hot chocolate because it was spicy. #103 – DROP! (VO)
Fall for a 65% bittersweet French dark chocolate infused with roasted chestnut and zesty cinnamon suggestions.
Then drop a chocolate orange truffle bomb into this dark and intimate drink to unleash an unexpected but desirable heat.

Met up with Bren in the late afternoon for hot chocolate in our hood. She ordered Stop! because Drop! sounded too dark for her. I did not appreciate how the truffle disintegrated like it did. Not bad, but not as chesnut as I hoped for. 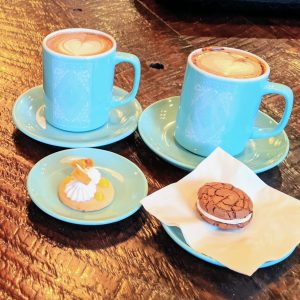 Went with Kiddo with Baby in tow after attending Open House at a nearby independent school. Kiddo ate the brownie sandwich and didn’t want the hot chocolate so I ended up having both drinks. Oh! 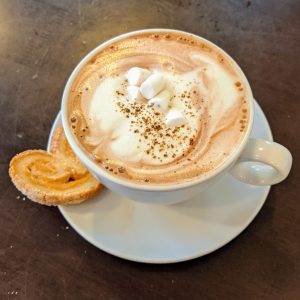 #32 – DIWALI’S DREAM (V)
An India-inspired hot chocolate made from a home made mix of spices blended with almond milk and dark chocolate.
Served with a ginger cookie.

As far as I know, it’s Cittadella’s first time participating in the festival and I didn’t love their offering. Plus, no more ginger cookie! I was on the phone with MY throughout that visit and didn’t press the issue. 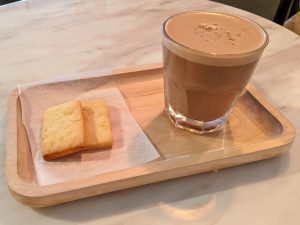 Visited after a “stressful” first visit to my office and on my way back home, since the Honolulu Coffee on West Broadway no longer exists. Quite the oasis feel in the cafe which has a long odd-shaped space. 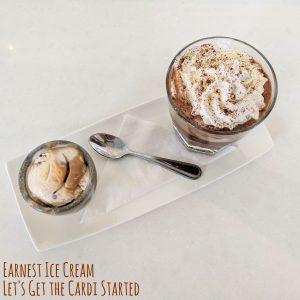 Met up with Bren for Round #2 of hot chocolate and her second visit to Earnest during the festival. We agreed to meet up at 1:30 but the shop only opened at 2 pm! She IG getting this hot chocolate and raved about it so I went in thinking it was a good choice. And ice cream pairing! My favourite of the festival. 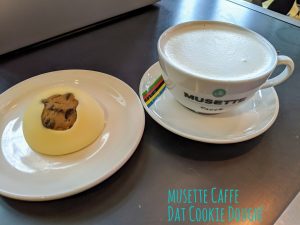 The sign in the cafe did not mention it was made with “chocolate chip cookie milk”, nor was the other offering listed as being made with “cereal milk” as the website advertised. Just a white chocolate hot chocolate then with the largest and sweetest pairing yet! The best part was meeting up with Edna who was WFH that day and we did plug away at our computers for about 45 minutes before we put them aside and chat for another hour or so! What a great cafe and such a shame we never went before they are closing later this month.

NPY isn’t big on Dine Out, thinking it’s expensive and not a good value. However, Stanley Park Brewing appeared on the menu and he first said to me it was a $25 menu with $15 beer pairing compared to the usual wine pairing. So we went with his craft beer buddy and their family – eight of us, two of which are toddlers, two of which are infants. The toddlers ordered chicken fingers and us two couples ordered the exact same thing.

It was actually at $35 menu and the beer pairing was only $5! It was a 4-ounce beer with each and NPY picked his dishes based on the beer he wanted to drink, declining to order a beer pairing for my dishes citing having felt a little unwell earlier that day. Everything was quite good and it’s the kind of food that is really filling! 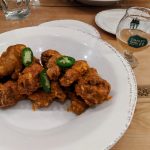 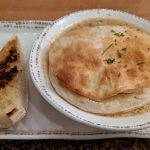 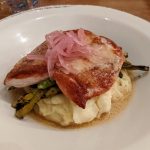 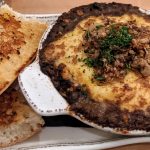 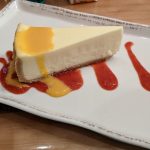 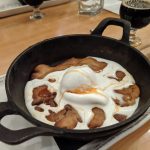 Last year, I took Edna to Acorn for her birthday which tends to fall during Dine Out. This year, I wanted to stay really close to home and brought Baby. Oh but did I feel awkward and badly when Baby was struggling against me at some point during the meal making me quite the slow eater.

Funny, I thought I hadn’t been to Campagnolo before and I think even Edna didn’t remember until we went in. She remembered first that we came on a double date. So it wasn’t a new experience! But it was as expected such delicious pasta. 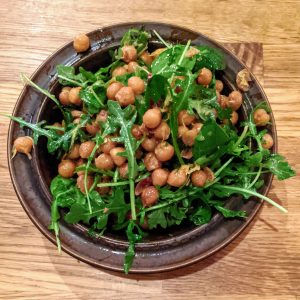 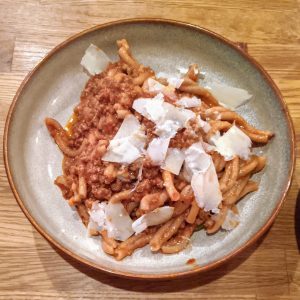 This Dine Out lunch was completely unexpected. I suggested that Andrea and I meet at Kokoro for lunch for an early lunch to beat the BCIT crowds. We would have added a karaage to our soba orders and when I said I would order a Dine Out, so did she! NPY thinks it’s heavy fare but I liked the regular karaage and the mentaiko soba, and the ice cream! 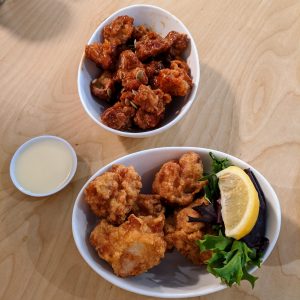 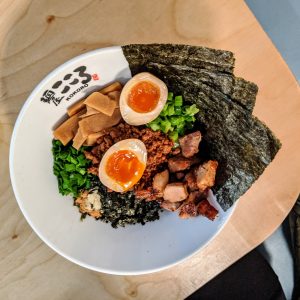 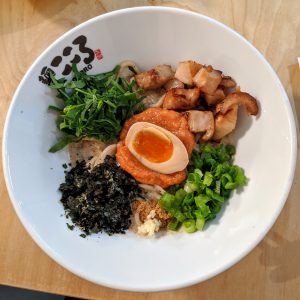 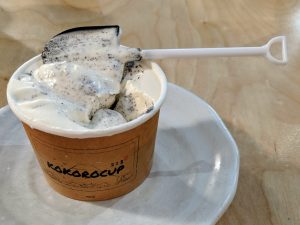